Back to Blog
News
Wind ED

Between 2015-2020, power outages increased by 60% and cost $150 billion annually. Based on NERC's assessment, North America should expect the trend to continue this summer. The current power grid in some regions can no longer withstand the energy demand that follows the extreme modern day weather conditions. The continent is expected to experience summer temperatures between 40-70% above normal. The high temperatures combined with a 2% increased energy demand has caused half of North American power grids to reach high or elevated risk for outages.

Though it includes some clean energy, fossil fuels still make up the majority of the grid. Fossil fuels are the largest source of greenhouse gas emissions in the US, which will only continue to cause more extreme weather. The drastic weather changes we see today is the result of a 1 degree Celsius increase from preindustrial levels. Without major action towards reducing the use of fossil fuels, we are on track to increase the global temperature by 3.5 degrees Celsius in the next 78 years. This is expected to cost utilities and customers billions of dollars.

The same trends are also seen around the world. Each country is experiencing its own high temperatures, droughts, and/or flooding all linked to the overuse of fossil fuels. Take a look at this map below to get an idea of where these weather conditions are reported. You can see that Europe, Asia and Australia have their fare share of extreme conditions as well.

Mapped: How Climate Change Affects Extreme Weather Around the World

In North America specifically, wind energy is expected to produce 19% of its potential capacity. Compared to its solar (70%) and hydro (69%) counterparts, 19% is fairly low. While some of this underperformance may be due to low winds in the given area, there are other causes for underperforming wind assets. The lack of wind energy production can be from aging wind fleets, unoptimized individual turbines, uncooperative wind farms, wind curtailment due to transmission congestion or lack of transmission access, etc.

Higher energy production from existing renewable energy assets could be a solution to power outages caused by extreme weather conditions. If existing assets are able to produce to their maximum potential, the power grid will grow to become more reliable. The interconnectivity of energy is critical to the energy transition and governments. Countries especially in Northern Europe, are focused on evolving their grids to support green energy, Olivia Breese from Power2X Orsted said during a Financing Wind Europe 2022 panel discussion. Over time, this will result in less power outages during extreme weather conditions.

Contact us to find out which solution is best for your assets and download our guides to learn more: 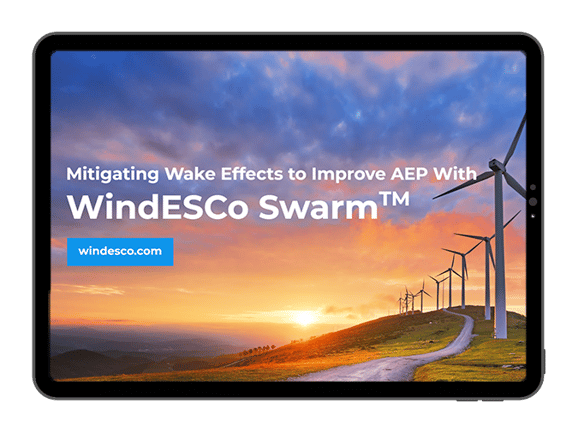 Here's How to Meet Wind Energy Goals in 2022